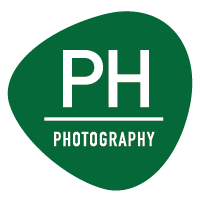 A photography exhibition organized by WA!Japan and Cortona On The Move

#AroundJapan is the result of an Open Call for photographers annouced by WA!Japan and Cortona On the Move, with the purpose of describing through pictures different faces of Japan, a country divided between contemporary and tradition, hanging in the balance among past and present. The winner of the competition is Turi Calafato, third classified at World Press Photo 2015. Through his photographs we will visit places like the fish market, the underground, the famous and colorful Pachinko parlors, the sushi restaurants. Trought this journey we will meet many charachters absorbed in their isolation, lonely into the crowd. Turi’s work, Detachment, tells us a country and its citizens, its traditions and life styles, which might seem so far from us and yet so similar. Moreover, the exhibition will be the opportunity to watch the fascinating short film of Tomonari Nishikawa: Sound of a million insects, light of a thousand stars. The director buried a 35mm negative film under a pile of leaves, nearby Fukushima. The result is a delirium of lights and scratches, both captivating and unsettling: the devastating effects of nuclear radiations. The inauguration will take place on the 4th of June from 6pm to 8pm at Le Murate|Progetti Arte Contemporanea, the opening party will continue until 9pm at Caffè Letterario with the music of Dj Ckrono Daichiiro.  Le Murate. Progetti Arte Contemporanea piazza delle Murate opening hours: tuesday to saturday | 2pm – 8pm Tel. 0552476873 | Mail: info.pac@muse.comune.fi.it