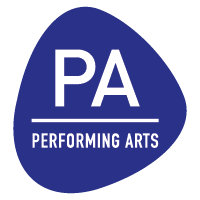 Orwa Kulthoum, attore teatrale, televisivo e cinematografico nonché regista di musical siriano, realizzerà un workshop gratuito di 10 incontri in lingua inglese rivolto a 15 artisti per esplorare la ricchezza della musica nel linguaggio artistico/performativo a partire dal metodo Stanislavskij. LE MURATE. PROGETTI ARTE CONTEMPORANEA presents the Orwa Kulthoum’s free workshop. Orwa Kulthoum is a Syrian theatre, television and cinema actor and musical director and he is in Florence like political refugee. His free workshop in English is opened to 15 artists that explore the richness of music in to the acting language. Music will be the efficient vehicle to support and push the actor in exploring his skills. It represents the motor that wakes up the “back memory”, according to the definition outlined by Stanislavskij. Delivering a character, as Stanislavskij says,  is about letting the actor express himself by evoking back specific feelings and making those feelings fresh as experienced for the first time when on stage. This workshop has the aim to work at different levels: first  using music to reconnect the actor with his back memory. Then lead him to explore his feelings and let them come out to surface through music. Starting from exploring the actor’s back memory through his personal musical background and his own personal research, you will follow a path through feelings range to finally empower the actor’s skills and his awareness. As a result, the actor will also get in deeper contact with his own personal experience. Within 10 days workshop the reconnection between the actor inner self and his back memory, will reveal the path that led him to his musical choices. The structure of the workshop will be organized by different steps: a) “Music library”: each student will build his own music selection – one to one session. b) Sharing the music library in group sessions. c) Back-memory discovery. d) Characters outlining through visual suggestions – group session. e) Script writing. f) Rehearsal. g) Final performance. Workshop: January 19-20-21-23-24-25-26-30-31 and February 1-2 from 10 am to 1 pm Performance: February 2nd 6 pm.   To participate  send an email with artistic CV:  info.pac@muse.comune.fi.it
Le Murate. Progetti Arte Contemporanea Piazza delle Murate, Firenze. Aperto dal martedì al sabato 14.00-19.30 Tel: 055 2476873 email:  info.pac@muse.comune.fi.it