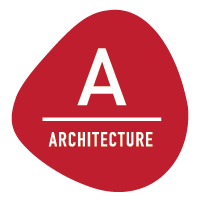 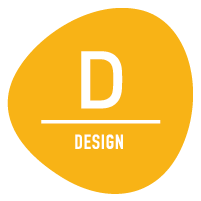 The term “Panopticon“ describes a prison design concept which is to allow all inmates to be observed by a single watchman without the inmates being able to tell whether or not they are being watched. The name is a reference to Panoptes from Greek mythology; who was a giant with a hundred eyes and thus was known to be a very effective watchman. Panopticon is a mode of obtaining power of mind over mind, in a quantity hitherto without example. Prison inmates are exposed to permanent surveillance and control in contrast to the loss of their existence of an individual anymore, they are invisible for the public. Permanently observed for reasons of security prevention we are willing to give up our privacy and personal freedom. Michel Foucault describes the panoptic system of surveillance, built on physical space, is replaced by a strategy of deterrence centered around virtual spaces occupied not by people but by information: “No more subject, no more focal point, no more center or periphery: pure flexion or circular inflexion. No more violence or surveillance: only „information“, secret virulence, chain reaction, slow implosion, and simulacra of spaces in which the effect of the real again comes into play.“ The expansion of the space, the fine irritations in everyday life and the skepticism towards the visible provide an incentive for selecting the conceptual approach of the artists’ work. During the one month residency at La Murate. Progretti Arte Contemporanea the artist elaborated a working series on the topic of visibility. The project deals with actual tenses of control and surveillance and vanishing borders between the public and private sphere under the facade of transparency. This work is related to the theme of isolation and deals with a larger meaning of the human being as an individual in an age of carceral culture under globalized institutions of power. The used material of these art works has been chosen in connection to the “Le Murate” building complex as well as to the topic of surveillance and visibility. All of these artworks are connected in form and content among each other to certain items of this massive building. In the middle of the room an art installation out of 1.000 meters of iron chains are held by two of the monumental columns. The first prisons in Ancient Athens was known as the “place of chains”. These chains simulates a facade or translucente wall on which – from a certain point of view – a single circle is visible. By watching from a different angle this concrete form changes. The lightness of the material as well as the color which was uses for the circle stands in an opposite part to the metal. On the right side a pending meshwork suggesting a cloud gets into a dialogue with the text on the wall behind. The form of the grid corresponds to the window grids of the Le Murate windows. These raster work is reference to the barricade of the wide view and the network system of every individual. A movie of the twisting lenticular machine has been made in the exhibition room hidden from the viewer. This work playfully interacts with perspective shifts and optical illusions. The modelled eye in the peripheral wall of the exhibition room can be seen as a quote of the topic of this series on questioning the meaning of visibility and self-determination. The Panopticon is a machine for dissociating the see/being seen dyad: in the peripheral ring, one is totally seen, without ever seeing; in the central tower, one sees everything without ever being seen.        Michel Foucault, Discipline and Punish, The Birth of the Prison, Panopticism 1977